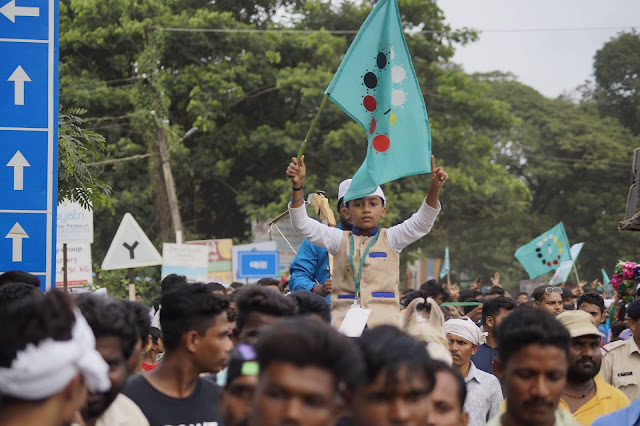 Gujarat, India and the International Indigenous Unity Flag flying throughout the State

Fully Adopted by the Adivasi in India

The Adivasi Primitive Group is a group of people connected to one another, connected to other leaders and connected to a new idea of unity. In 2018 they adopted the International Indigenous Unity Flag as their primary symbol to show solidarity with other indigenous peoples in the world.

Their adoption of the flag marked a milestone in 2018 for the Indigenous Unity Foundation and for myself as the creator of the flag which thanks to the Adivasi has now reached nearly 1 million people around the world.


Special thanks to artisans Bhupen Gamit and Ashish Gamit 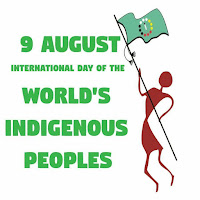 Hundreds of Flags were Flown in India

A day of indigenous unity, cultural and environmental appreciation resulting in positive international social impact is celebrated on August 9th each year.

Day and night there was very little sleep if any at all in the state of Gujarat, India, since the first day of August. The built-up excitement and preparations all year round for the International Day of the World's Indigenous Peoples on August 9th was on everyone's mind.


The 6th largest state with the 9th largest population out of 29 states in India is Gujarat, with a population estimated 63.8 million people (according to World Population Review for 2018), Indigenous Unity is propelling forwards with 80% of the population in the state.

Gujarat celebrating with the International Indigenous Unity Flag representing indigenous unity internationally and being used on the International Day of the World's Indigenous Peoples, at events and festivals around the world is very significant to our effort with the flag. Everyone seems to be very excited and happy when carrying the Indigenous Unity Flag and have embraced the flag and its purpose of harmony, peace and balance for a more compassionate future, focused on the enhancements of indigenous rights, lands, water, climate and cultural protection.

Next year there are plans to spread the Indigenous Unity Flag to other states in India to create more purpose! The Indigenous Unity movement is important internationally to protect everything indigenous and has successfully demonstrated global peace and harmony while at the same time advocating for indigenous issues and educating indigenous and non indigenous youth about the atrocities which each country in the world are guilty of in their own abusive ways, even to this very day. There is much work in many areas of thought and frame of reference (point of view through experience) from citizens, governments and global movements required in order to reconcile societies (understand and accept the truths that oppress indigenous cultures) and most importantly protect and enhance the rights, lands and culture of the indigenous peoples on Earth.

Kids were overwhelmed with joy, smiles, love, laughter and on this day which is all about having fun! From an early age, Adivasi children are taught about their culture, traditions, dances, festivals and most of all the importance of Indigenous Unity and the international indigenous struggles and relationships that must be spread to other indigenous peoples around the world.

Amongst all the food, cheering, marching and festival celebrations there was 'Rodali'; Performances of storytelling, dances, songs, and skits. There is no actual detail for how long Rodali has been part of the Adivasi culture. Families enjoyed this year's focus of Rodali about how this generation is forgetting their own culture and how the peoples around the world are destroying Mother Earth.

In Vyara, Gujarat, India, alone, more than 100,000 people marched with the flag during their indigenous day festival. All most every village in South Gujarat celebrated on August 9th.


Take a good look at the young man on the horse. He has a bow and arrow and is wearing an Adivasi outfit that represents the Adivasi's - The Aborigines of India.

It is important that tradition, storytelling, dances, and culture are embraced by our future generations and for the Governments around the world to recognize International Indigenous Laws, Rights, and Freedoms.

A Primitive group is a group of Adivasi peoples in Gujarat, India connected to other leaders in India and around the world that brought new ideas of indigenous harmony, peace, truth, compassion understanding and unity. 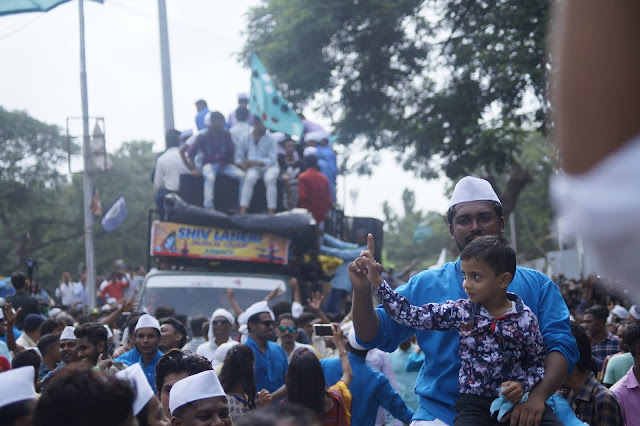 Follow the blog here or follow us on Facebook along with the Adivasi when we revisit them next year to follow up on their story! Next month we are preparing a new article where our flag was presented before the African Congress. 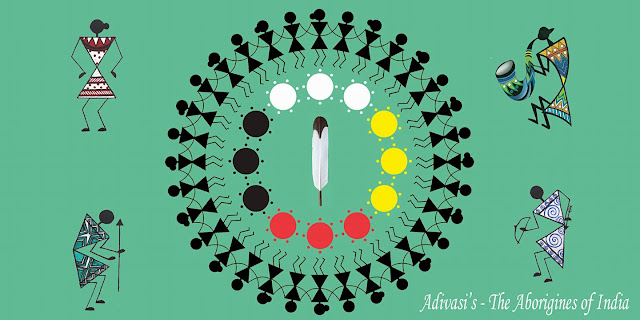 
What is the main focus of Adivasi people today?

Now a days Adivasi peoples, who are one of the oldest indigenous unity tribes on planet Earth, are focused on education, land reform, the Declaration on the Rights of the Indigenous Peoples, and most of all indigenous unity. Since we are from different places throughout South Asia we stay in contact with each others communities and enjoy moments to connect and arrange world indigenous day festivals to express harmony in our indigenous heritage and culture. Indigenous Unity being the main focus and energy which guides, motivates and drives our spirit in harmony to protect all life on Earth and unite with our brothers and sisters around the world.

Not too long ago, Adivasi groups were unaware of the situations of their communities in different regions. Social media, gatherings at universities and facilities and communication allow us to learn about each other and stay in touch and become better educated. Most Adivasi people are unaware of their indigenous rights and Indigenous Unity is what allows us to mobilize frequent gatherings and teachings as we learn and grow!

How did you hear about the Indigenous Unity Flag?

Adivasi's all believe that Indigenous Unity is very important, especially goodwill to show a connection with our global indigenous community, to promote and protect the indigenous rights of the indigenous peoples around the world and to recognize achievements and contributions meant to improve global indigenous issues and problems such as environmental protection and indigenous rights recognition while focused on the Declaration on the Rights of the Indigenous Peoples. August 9th, each year we have a joyful march and festival during the International Day of the World's Indigenous Peoples and this is how we show solidarity and Indigenous Unity globally.

As indigenous peoples we have to take care and educate our villages, towns, states, country and world. Indigenous peoples understand that they are the original and appropriate protectors of Mother Earth.

What can you tell us about the Adivasi's - The Aborigines of India Facebook page?

We share our cultural heritage and indigenous issues from around the world maintaining a vision and purpose of indigenous unity and self-preservation, the first law of nature. Our personal interests for the Adivasi's - The Aborigines of India Facebook page are: